I am constantly in awe of the world around me. As a christian I see the work of our creators hands all around me and it is a constant reminder of his unfathomable power contrasted against his care and attention to detail.

Let there be light

Light is a fundamental component of our universe and essential part of life. We have over the last few centuries learnt so much about light and its composition. Light is an expression of energy, light acts as both discrete and continuous (particle vs wave). Light is timeless.

Scientists predict that in the early days of the universe it was too hot and dense for light to exist. A formless soup of subatomic particles unable to bind into atoms due to heat and pressure. Then as the expanding universe cooled it suddenly reached the point where light could exist and there was a blinding flash of primordial light.

This for me echos one of the first verses of the bible,

And God said “Let there be light” and there was light - Genesis 1:3

This light is still reaching us from the furthest points of our visible universe, an echo of Gods great words ringing through space and time.

Photons are incredible particles. One of the most incredible discoveries of modern science is relativity, that the velocity of a photon is constant from the point of view of any observer. This simple observation has incredible consequences, for this to hold true for observers in motion relative to that photon, either distance or time must be observed differently for different observers at motion. Further observations show that time slows down for observers at motion.

For things travelling at the speed of light time slows down to zero, that is they experience the whole existence of the universe in no time. For that primordial photon, God is both commanding it to exist and ending its existence.

That same primordial light has been stretched by expanding space to now be in the microwave frequency. We can hear this light as static on a radio or analog TV. Whenever I hear this I am reminded of primordial light and of that first great command of God.

I recently went to the Australian Butterfly Sanctuary. The colours on these butterflies seem impossible, especially the brilliant blue Ulysses butterfly. The blue wings are produced by microscopic shapes on the wings which interfere with the light to produce colours no pigment ever could (and no screen could ever reproduce). The beauty of these was really breathtaking. God made such beauty for our enjoyment and his pleasure, he is truly the divine artist. Beauty is a reminder of the perfect world which God originally created for us, and which we subsequently corrupted. 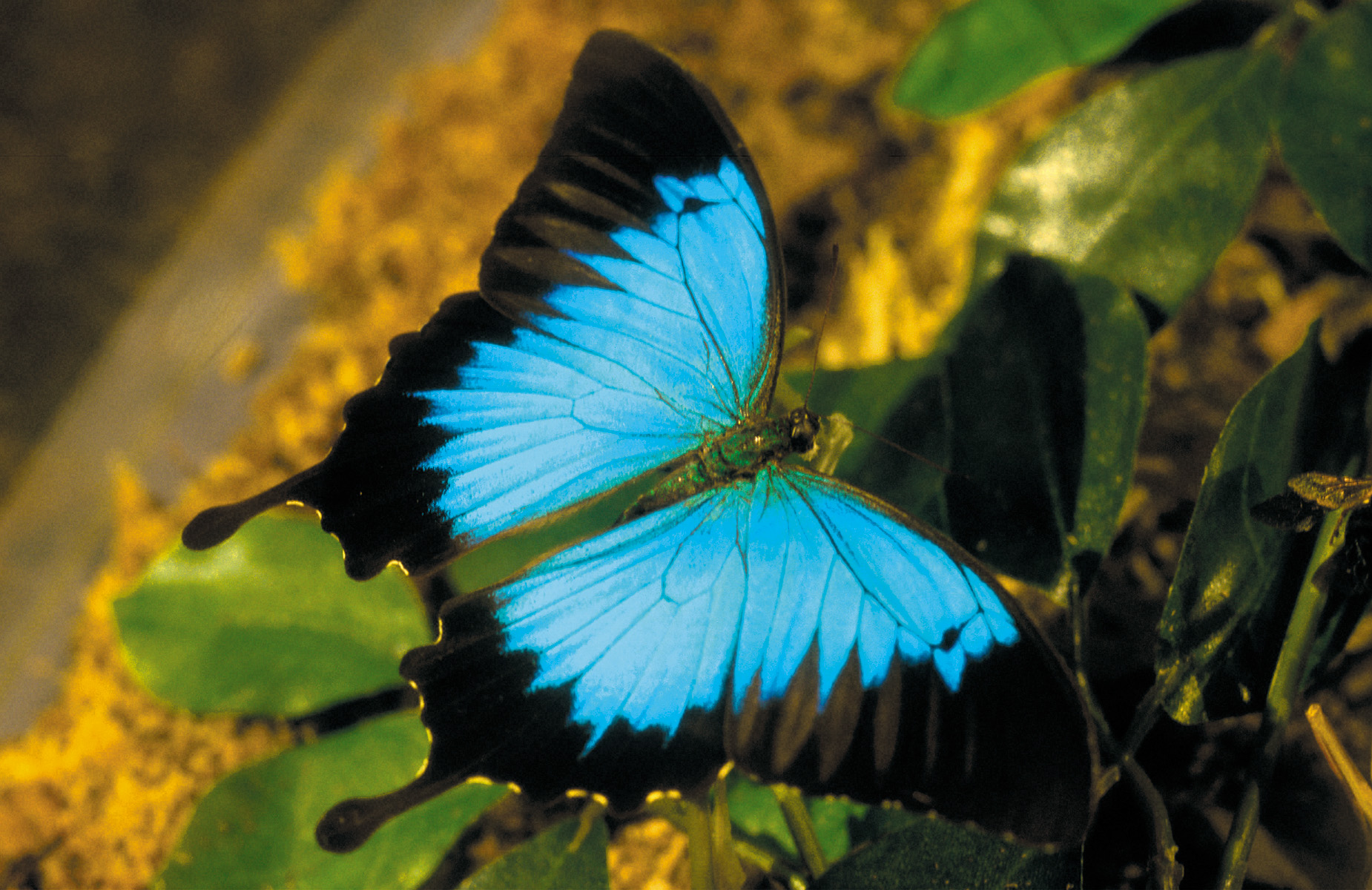 This beauty extends to both the micro and macroscopic. It give me joy to see the the works that God has made both big and small. God makes beauty even from some of the most destructive events imaginable. The image below is of the Helix nebula which was formed from the explosion of a star, a supernova. The patterns formed are from rings of gas excited by radiation from the supernova. 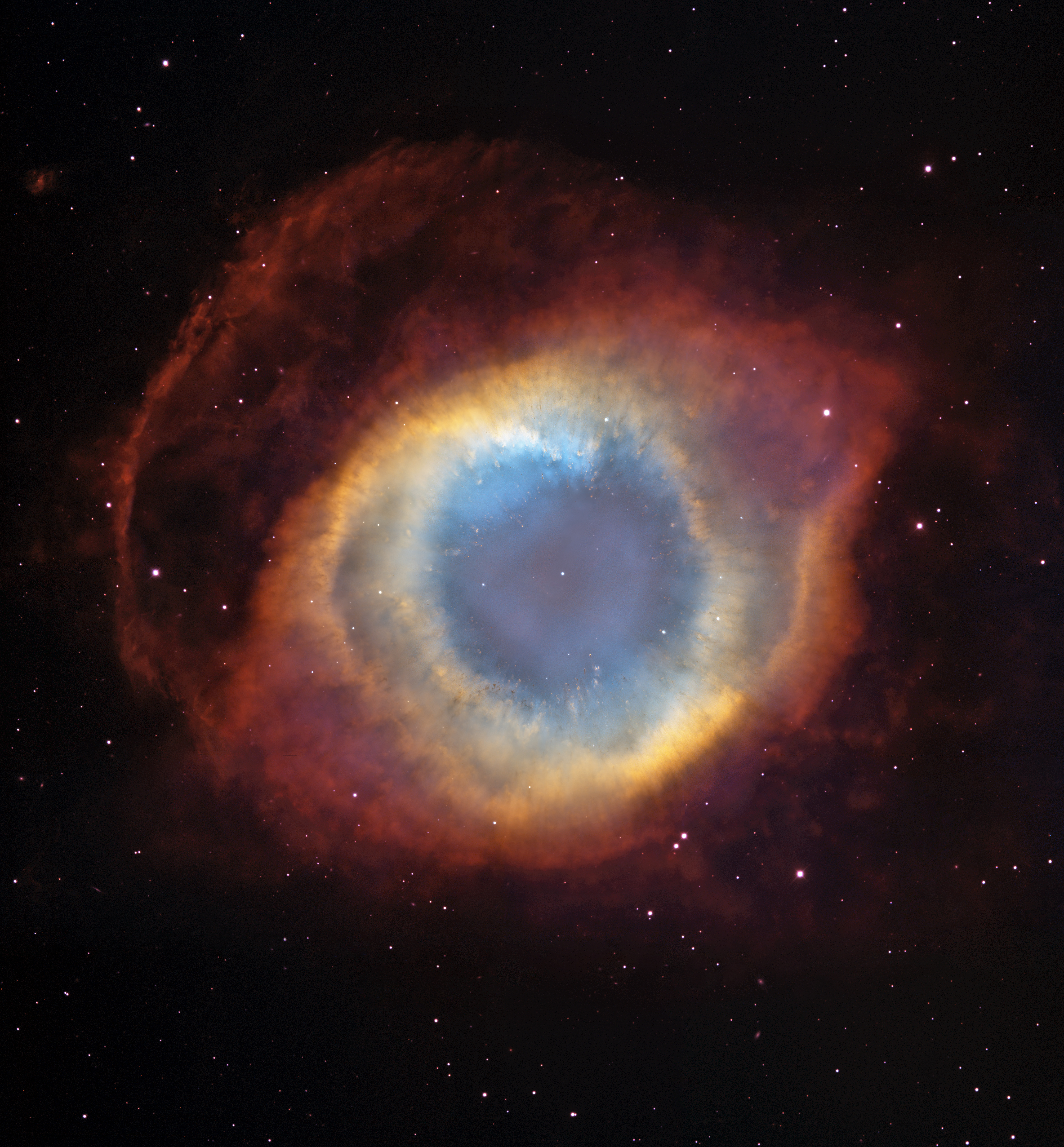 Humans are made curious, we have minds longing to discover and see the world around us. God has created us with a deep desire to discover and admire his creation. We as humans were created in conjunction with this beautiful universe for us to enjoy. Through the ages as our collective knowledge and technology has increased we have been able to view more of Gods works, and we have never ceased to be amazed.

As time extends into the future humanity may advance to know much more of the universe, but of one thing I am completely confident, we will never cease to reveal new aspects of Gods creation that will take our breath away. I believe that God has created beauty even beyond what humanity will ever reveal. Perhaps one day when I meet God he will allow me to see more of his beautiful creation, that I might admire the work of God, the divine artist.

I will finish this off with a quote from G.K. Chesterton which I love. We often try and reduce God to the places where we can’t see a rule played out, but we should never forget he is the author of those rules, and perhaps within him is the rule itself.

Because children have abounding vitality, because they are in spirit fierce and free, therefore they want things repeated and unchanged. They always say, “Do it again”; and the grown-up person does it again until he is nearly dead. For grown-up people are not strong enough to exult in monotony. But perhaps God is strong enough to exult in monotony. It is possible that God says every morning, “Do it again” to the sun; and every evening, “Do it again” to the moon. It may not be automatic necessity that makes all daisies alike; it may be that God makes every daisy separately, but has never got tired of making them. It may be that He has the eternal appetite of infancy; for we have sinned and grown old, and our Father is younger than we. - G.K. Chesterton